What a Song Taught Me about Product Creation

How you can learn from the pop singers of today when you’re creating products.

You are here: Home / Golden Nuggets / What a Song Taught Me about Product Creation
Share6
Tweet
Pin
Email
6 Shares
It’s day number 16 of the 90-Day Residual Money Product Creation Challenge being hosted by Tiffany Dow and cohosted by yours truly.
There’s a very important marketing lesson in today’s video. I urge you to listen or otherwise read the text below so you don’t miss it!

Fix You by Coldplay

If you read the BonnieGeanFans page lately over on Facebook, you already know I’m stuck on one particular song. I listen to this thing morning, noon and night! I can’t get enough of it. 🙂
It’s a song put out by Coldplay called “Fix You” and it’s the classiest song I’ve listened to in quite awhile. I’m surprised I’m not already humming it in my sleep!
As it turns out, I found a duet of the song, performed by BoyceAvenue and Tyler Ward. To me, this version was much better than the single version by Coldplay so I’ve convinced the partner to learn how to play it on the guitar and record it for me.
The original band that performs this melody has an organ player, two guitar players, and a drummer. The duet performed this on one electric guitar, one acoustic guitar, and another kid banged on a square box.

What the Song Teaches about Product Creation

It doesn’t matter who came out with the original song. What matters is that someone else followed suit and produced a different version of it.
This duet team didn’t use an organ or a complete drum set and their version had enough subtle differences to make it stand out and it had a BIG impact on Coldplay fans – me included!
There’s a great marketing lesson in this story. Instead of talking about a song, let’s talk about an ebook. I guarantee there are plenty of them out there.
Chances are, you won’t be the first one to think of an eBook topic. Many other Internet marketers who’ve come before you have produced eBooks of their own. Perhaps many of them on the same topic as you’ve chosen?
You can produce a product that is not the first one released on a topic and do great things with it. You can create a product that’s been done before and make it different, better, uniquely yours.
Simply put your own spin to it and introduce it to the public in a totally different way. Instead of just an eBook, you can add audio, video, worksheets, and workbooks to the mix.
Not only does this make it quite different than the original, it also boosts the value of the eBook because audio and video are perceived as being more valuable than just a simple eBook.
It doesn’t matter if there are several eBooks on the market about health (or whatever your topic is on) because it’s how you mold it that matters.
No doubt, you would be shocked at how many people buy your product even though they’ve bought a previous book on the same topic AND like your product much better!
So repeat after me, “It don’t care how many other products are out there on the market, people like my eBook because I’m going to make mine different so it won’t matter!”
Now… repeat that 10 times. 🙂
Your turn! What are you doing DIFFERENT with your product to make it stand out? Leave a comment below and let me know!
Thanks for reading,
– Bonnie
P.S. Did you enjoy this message? If so, please share it with your friends so they can benefit from schmoozing. Then, if you want to get more messages like this one, connect with me via my social links below or hop aboard my notification list. I would like to keep in touch. 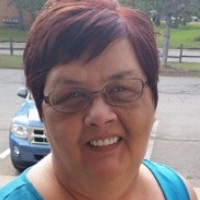 Bonnie Gean is a full-time writer, marketer, and entrepreneur with over 33 years of experience. She shares the goods on building community and helps you overcome technical challenges associated with operating an online business.

You may be interested in these posts from the same category.

Bonnie is a participant in the Amazon Services LLC Associates Program, an affiliate advertising program designed to provide a means for sites to earn advertising fees by advertising and linking to Amazon.com.

Bonnie is a participant in the Amazon Services LLC Associates Program, an affiliate advertising program designed to provide a means for sites to earn advertising fees by advertising and linking to Amazon.com.

Are You Making These Catastrophic Business Mistakes?
Monday Mixer: Grandson, Alcohol, Pneumonia and No Work Zone